The Wedding Cake – A Symbol of Love

Most people may not be aware that the tradition of Wedding Cakes goes back as far as the Roman and Medieval Times and did not actually involve cake, but a loaf of Barley Bread.
Historically, weddings concluded with the groom breaking bread over the bride’s head to symbolise fertility; the end of a bride’s purity and the beginning of her being submissive to her husband. The guests would then scramble to pick up the crumbs in order to take home some of that good luck!

Fortunately, times have progressed and the bridal couple moved on to sweeter things and cake became the symbol of declaring their love and affection for each other. 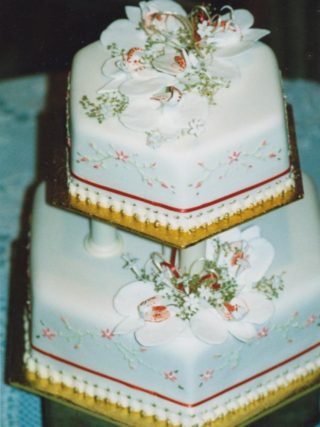 The History of Cutting the Cake

The tradition of cutting the cake began with the bride and groom sharing a piece of their cake before distributing it to their guests to symbolise their union and their promise to forever provide for each other.

In doing so, they declared their love and affection for each other before cutting the rest and serving it to their guests. Modern couples tend to cut the cake then allow caterers to take care of cutting and serving the rest of the cake to the guests.

Saving The Top Tier of The Cake

Fruitcakes were the popular choice for Wedding Cakes because they were able to be stored for long periods. Couples would save the top tier of their cake for the christening of their first child, or for their first anniversary.

Modern technology and freezers enable different flavoured cakes to be wrapped carefully, stored in air-tight containers then frozen until the couple are ready to de-frost and serve them. In contrast, some couples tend to marry later and/or may not have children soon after, hence they tend to serve the top tier of their cake. 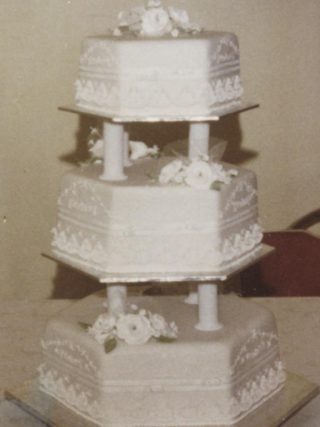