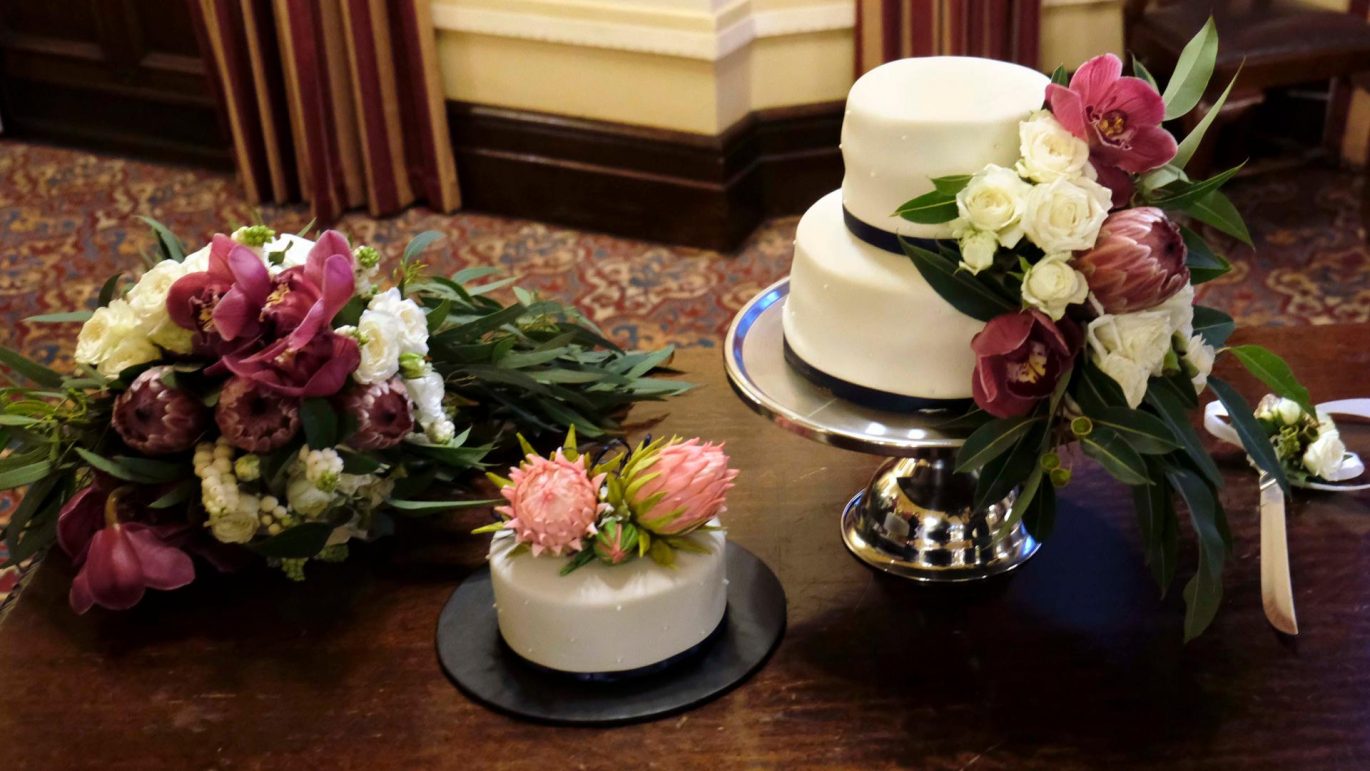 Elene had the honour of creating the 10th Anniversary cake for the building of the ‘Brave Hearts of the Murray Dragon Boat’. Elene was not one of the boat builders but wanted to honour all the folk involved, so the cake would not only taste great, but leave a lasting impression on all who saw it.

The idea of a dragon boat cake evolved over dinner and wine with some good friends.  Various sketches were scribbled on paper napkins and luckily Elene remembered to take one home with her.

Content with this idea for a cake, Elene followed up by taking photos of the dragon boat capturing its many features including the extensive design of the Dragon’s head, for future referencing. Regular consultations with Jenny Black (President of the Brave Hearts) ensured the design was culturally appropriate, acceptable and names were spelt correctly. 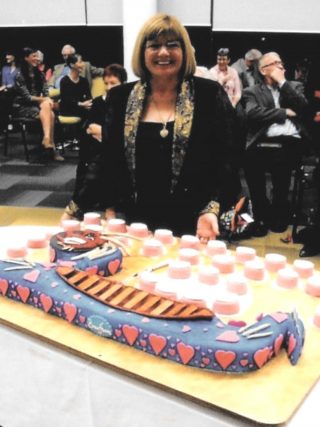 Talking with the Boat Builders was another integral element of this project because Elene wanted to capture the women’s stories, passion and frustrations during the building of this boat. She learned that the history began when a group of innovative cancer survivors and their leaders, endeavoured to improve the Cancer Support facilities in Albury/Wodonga and surrounding districts. Interestingly, she learned that three friends also came up with their wonderful ideas over a lovely dinner and a few glasses of wine! They used the ‘Calender Girl’ theme from a movie back in 2005 for inspiration, to create an incredible calendar celebrating “Brave Hearts – Faces of Love, Courage and Support”.

A whopping $70,000 was raised by the sales of the calendars of these amazing cancer survivors!  Not only did they raise enough money to improve their services, they heard that Dragon Boating had many benefits for cancer survivors, so they investigated its benefits for their group.

After successfully completing their Occupational and Safety Hazard Courses before commencing the build, it is important to note that NOT ONE accident occurred on the job– Go Girl Power!!!

Due to an overwhelming number of acceptances (150 guests), a larger cake was created. The dragon’s head was complex in its design and there were many gasps regarding the close resemblance to the original dragon’s head. Even the quality of its gums and teeth were complimented by a dentist!

During this busy period, Elene reflected on her own experiences with cancer and the Brave Hearts. She had been in a dark place following her own diagnosis and found the love, friendship and encouragement she received from the Brave Heart Family, lifted her own spirits during a very difficult time and ithe fond memories will forever remain close to her heart.

The cake was made with love to honour the brave folk that instigated this amazing club and Elene was proud to play a small part in their celebration.

To learn more about the achievements of this amazing community group, please refer to: www.bravehartsonthemurray.com.au